CBG Systems has secured a contract to supply and fit its lightweight “Rapid Access” composite structural fire protection system to the United States Navy ships being built in Alabama. The CBG Systems lightweight modular 60 minute fire division will initially be supplied for the mission deck on three Joint High Speed Vessels (JHSV). The number of vessels built under this programme could increase significantly.

Fire divisions are a mandatory safety requirement  designed to protect life and property. The system is designed to  prevent the spread of fire and allow for safe evacuation where necessary.

Managing Director, Noel Richardson, says the system was initially developed in Hobart for the commercial High Speed Craft sector before the US military expressed an interest.

“Access to a significant US Government funded program is a major achievement and recognises the technology and innovation CBG Systems has assembled in winning this contract.”

Project Director, Peter Debnam said the system has the potential to save significant tonnage of CO2 emissions per year per vessel.

“We were awarded the contract based on the technical superiority of the product, its light weight and ease of installation. 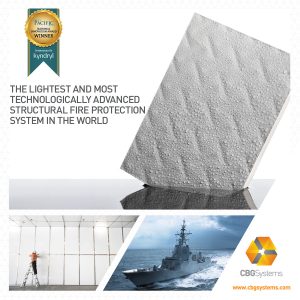 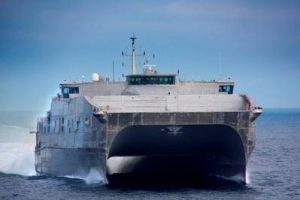